Every four years, Saint Anselm College becomes "America's Classroom" in the election season preceding New Hampshire's Primary – now celebrating its 100th anniversary as "first in the nation." Home to the New Hampshire Institute of Politics (NHIOP), a political gathering place of all major contenders for the White House, Saint Anselm has a rich 50-year history of hosting debates and presidential primary events. ABC News chose the college for a Republican primary debate in January 2012; CNN previously held a debate at Saint Anselm in June 2011. CNN and ABC conducted four debates for the 2008 election cycle.

ABC News also chose the college for the 2015/2016 debates; the Democratic debate aired in December 2015, followed by the Republican debate in February 2016, which was a partnership between the college, ABC News, IJ.com, and WMUR-TV.

The debates gave Saint Anselm College students numerous opportunities to directly participate in the school's tradition and to experience firsthand what it takes to produce debates. Students from all graduating years, majoring in politics, business, communications, nursing, criminal justice and other academic programs worked extensively on candidate campaigns and with media outlets, both on campus and downtown Manchester - the political hub of the N.H. Primary each season on February 9. These included Fox News, CBS and NBC, ABC News, WGBH, the Associated Press and many others. Students working with ABC News acted as stand-ins during the full debate rehearsals and runners throughout the week leading up to the debates, and as ushers on the debate nights.

Fox News also offered our students a wide variety of tasks and errands – up to and including picking up media talent at their hotels. They assisted in setting up the North Lounge in Cushing as Fox workspace. More than 30 other students, worked long days as runners for Fox and the other networks. They picked up and delivered film, assisted with set ups, sat in on candidate events, and did anything that needed to be done to help the producers, engineers, journalists, and staff make the news.

Prior to the debates, various other political events on campus offered students behind-the-scenes work experience and the opportunity to interact with well-known political figures, global leaders, journalists, pollsters, and leading academic scholars, as well as lesser-known candidates. In November 2015, MSNBC's "Morning Joe" broadcast live from the college coffee shop. Politics majors and NHIOP ambassadors helped MSNBC behind the scenes. Assisting the producers, they gathered the day's newspapers, greeted guests, and distributed documents about the various show's segments. Eight students also assisted with the final set preparations on Tuesday afternoon as stand-ins.

Students could also attend events hosted by the NHIOP to learn more about the candidates and the political process, such as Politics & Eggs with Donald Trump, Hillary Clinton, and Bernie Sanders. Over the past seven decades, Saint Anselm College has experienced hundreds of visits, talks, speeches, and other election-related events including national political figures. Between 2014-2015, 15 candidates for the country's highest office appeared at Politics & Eggs.

Saint Anselm College captured all of the debate action in nearly 20 videos that highlight students, campus community experiences, and the debate and N.H. Primary events. View the New Hampshire Primary 2016 playlist on the college YouTube channel. 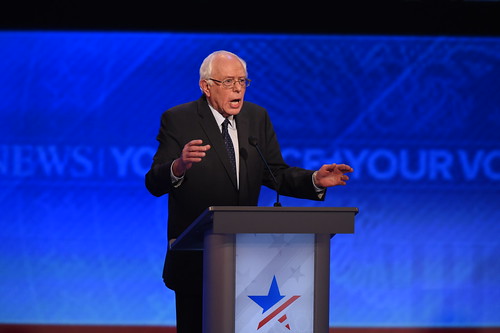 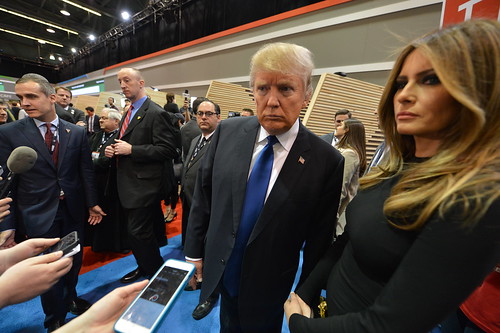 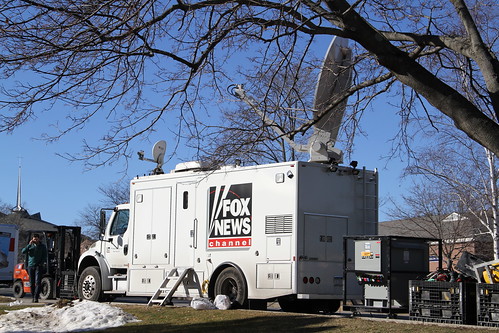 Saint Anselm College's history of hosting debates goes back to the 1980s. In 1984, the League of Women Voters chose the Dana Center for the Humanities as the venue for its New Hampshire Presidential Primary debate not only for its adequate seating, proper lighting and sound and protection for the candidates, but also because Saint Anselm welcomed the debate with classic Benedictine hospitality.

This debate, which featured Walter Mondale, John Glenn, Jesse Jackson, and the primary winner, Gary Hart, marked the beginning of an important political relationship between this small Catholic college and debate sponsors.

In 1992, Democrats who wanted to unseat President Bush gathered in the Dana Center. The debate, the only one held without an audience at Saint Anselm, was reported by CNN and New Hampshire Public Radio. The candidates included Jerry Brown, Bill Clinton, Tom Harkin, Bob Kerrey, and Paul Tsongas.

The last debate held at Saint Anselm prior to the creation of the college's New Hampshire Institute of Politics was in 1996, featuring Republican candidates Bob Dole, Steve Forbes, and Pat Buchanan. CNN sponsored the debate, marking the end of the League of Women Voters' long run as a primary debate organizer. From then on, commercial broadcasters became the main sponsors of debates.